A medieval and Renaissance castle

The castle of Ainay-le-Vieil is a plain fortress dating from the 13th century located in the Cher (18).

The keep disappeared during the Renaissance and was replaced by a main building. The castle of Ainay-le-Vieil has two parts, one medieval and the other pre-Renaissance. 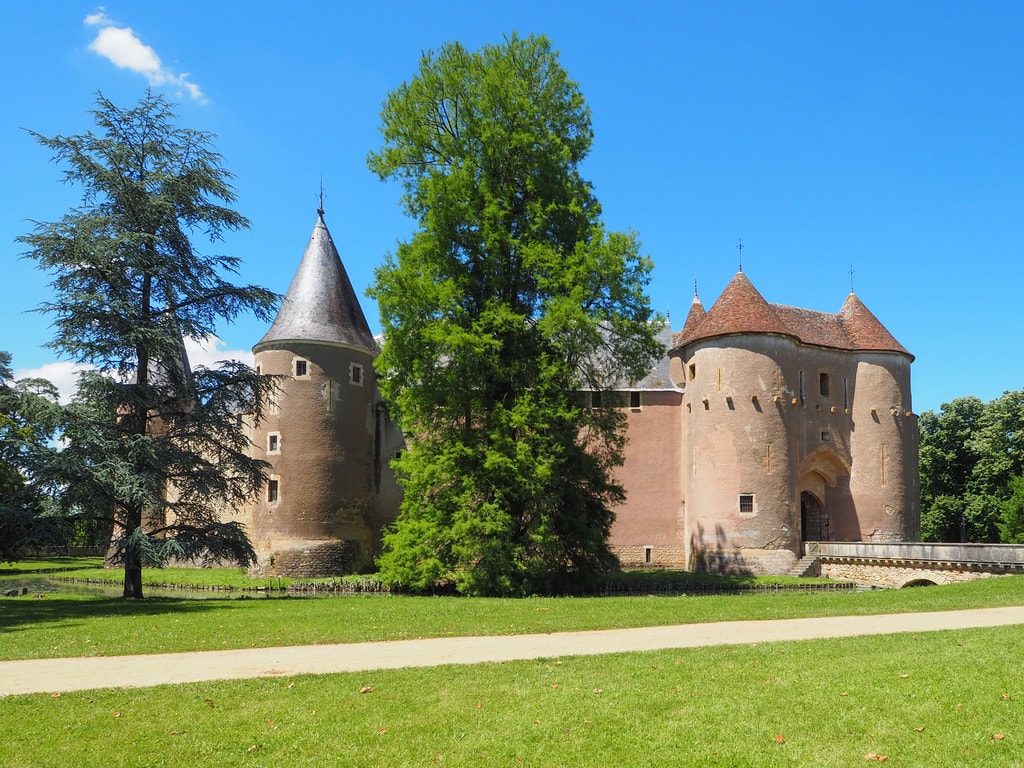 The fortified enclosure, built in the second half of the 13th century, is octagonal, irregular, surrounded by wide water ditches, flanked by seven cylindrical towers with archways and equipped with a two-towered gatehouse. It still has its ramparts with the walkway overlooking the moat and the courtyard. They made it possible to go all the way around the enclosure. The drawbridge was replaced in the 19th century by a standing bridge.

The châtelet was dedicated to the defence of the fortress and protected the only entrance. It is a very well preserved and practically intact example of the military architecture of the period. It still has its two guardrooms.
The feudal dwelling is built against the ramparts. This quadrangular building was the lord's dwelling
and was directly connected to the guardhouse by a covered outer gallery. The room on the first floor of the dwelling was the lord's "great hall". It was the centre of the castle's life, where the lord exercised his civil, administrative and judicial power and where he received his guests. 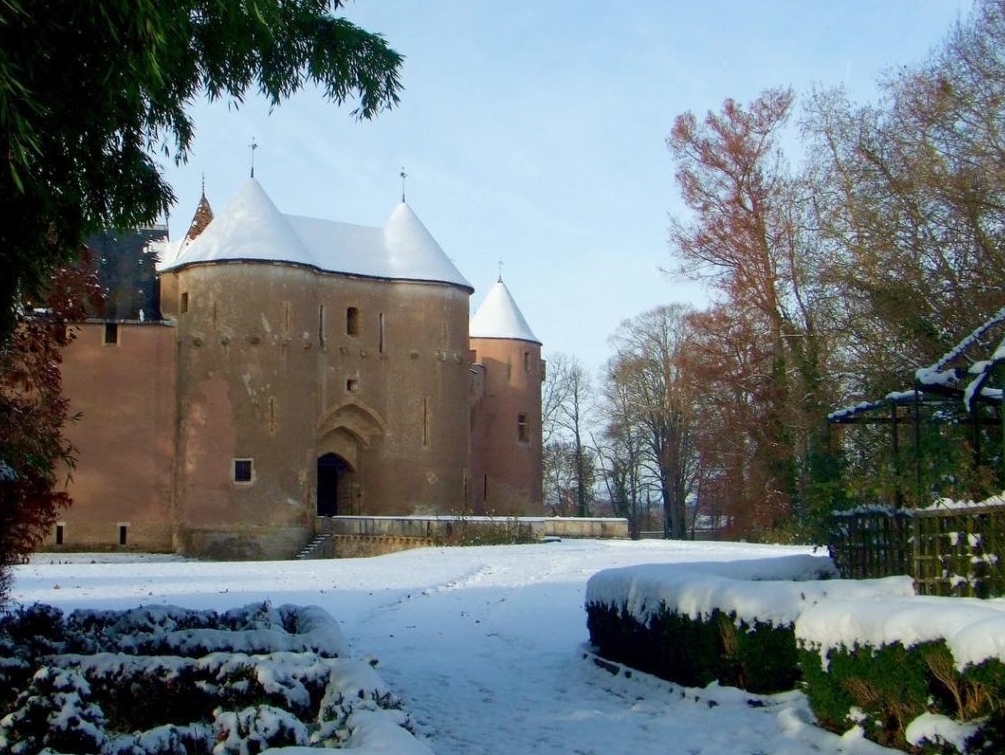 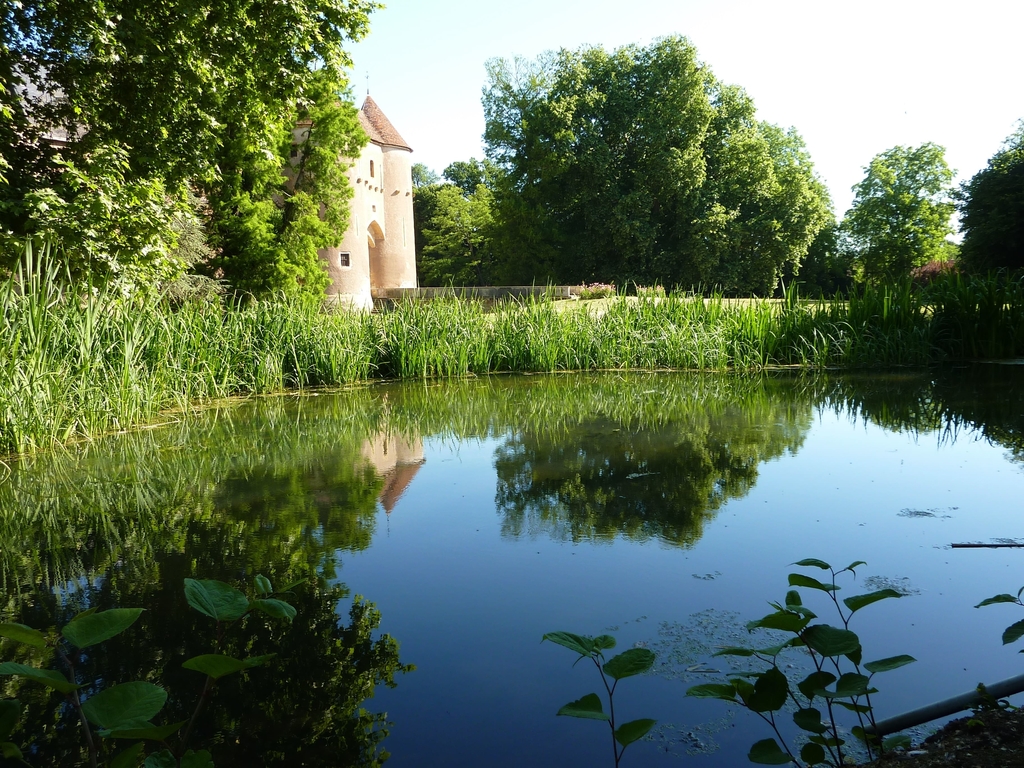 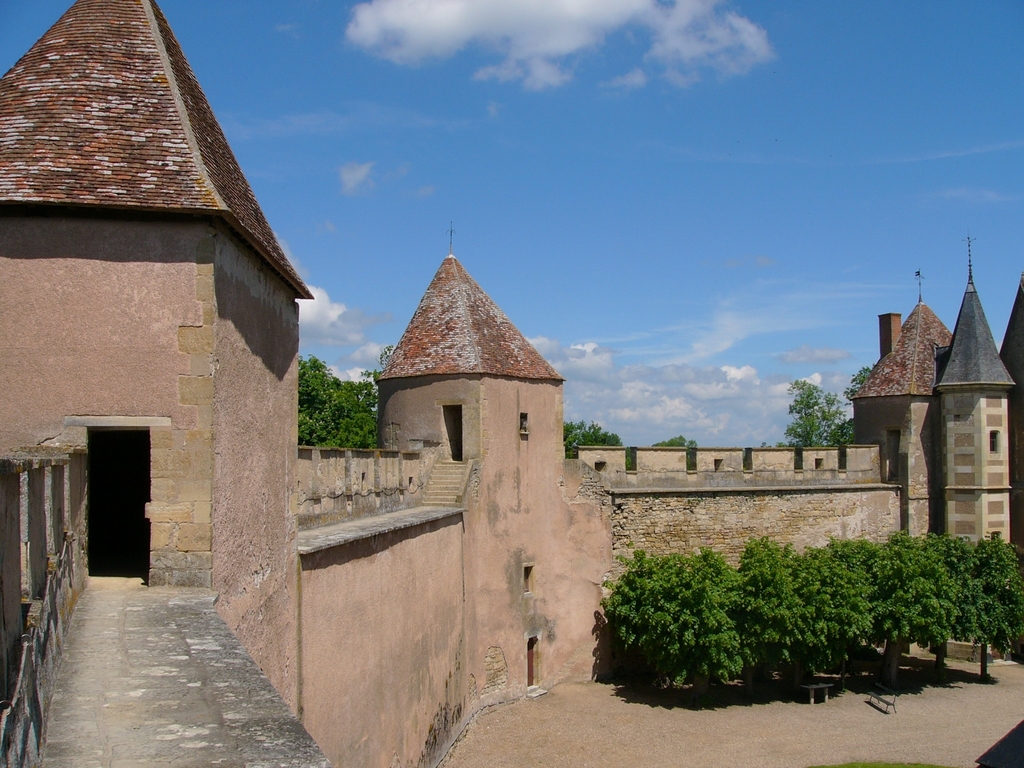 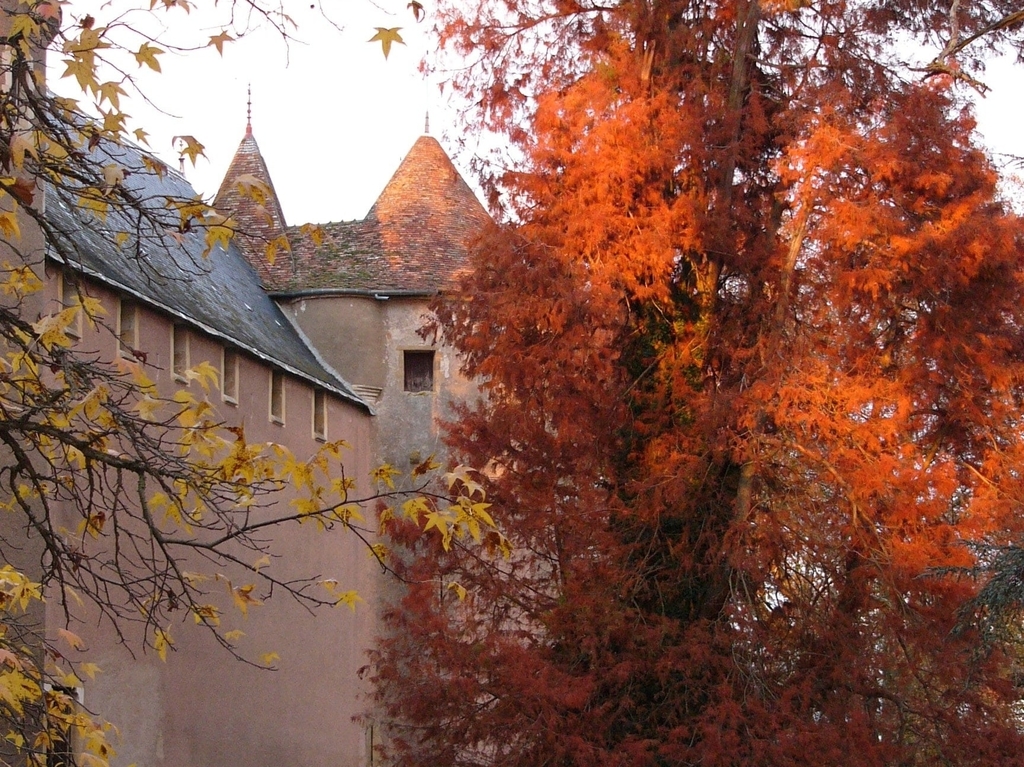 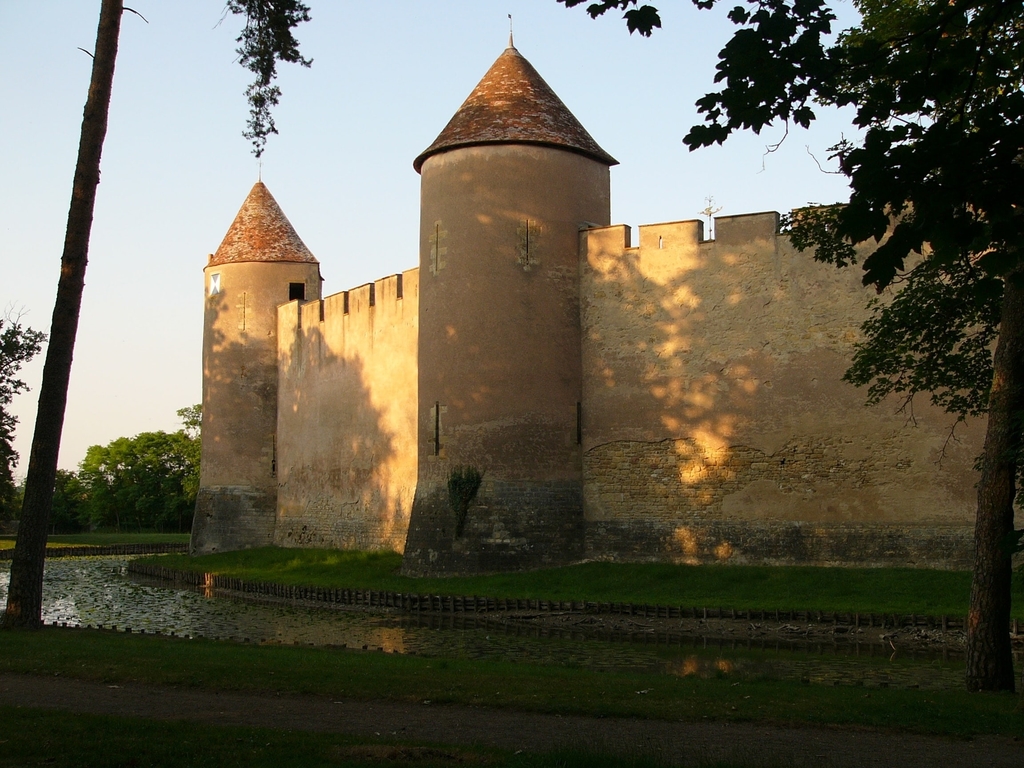 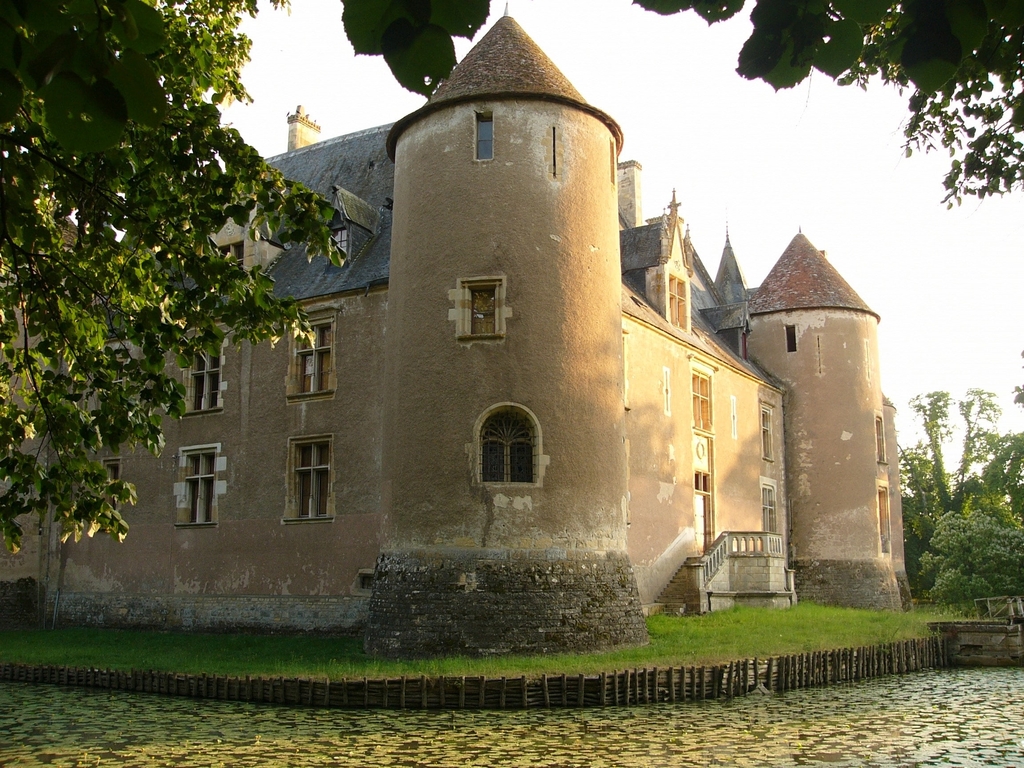 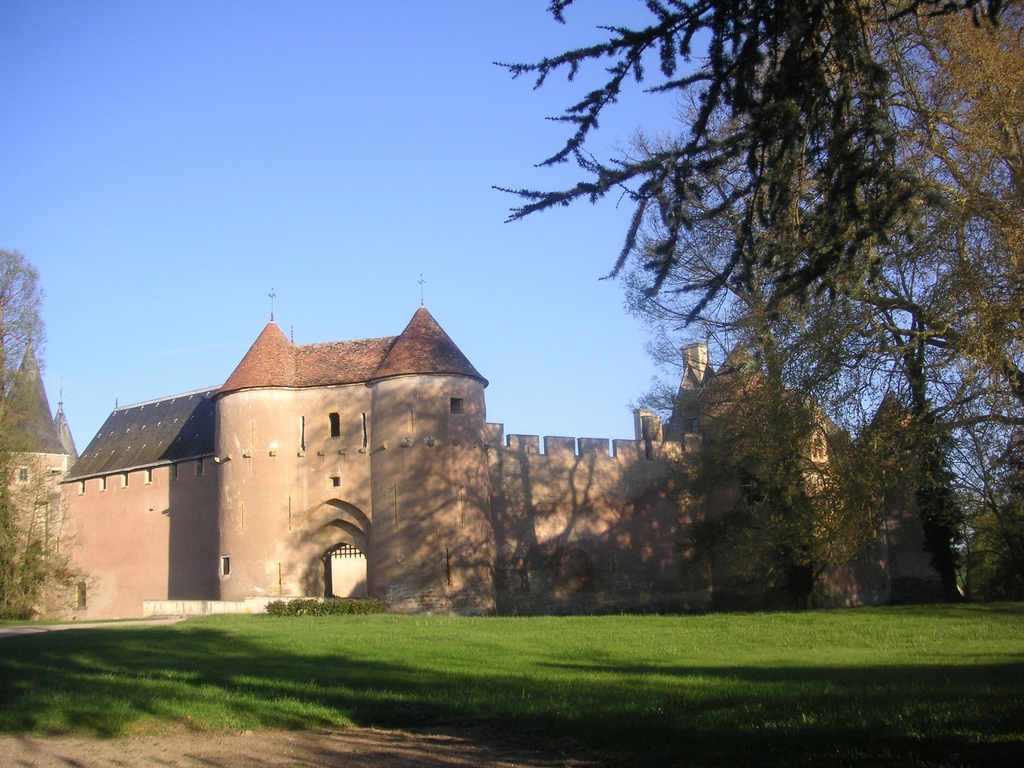 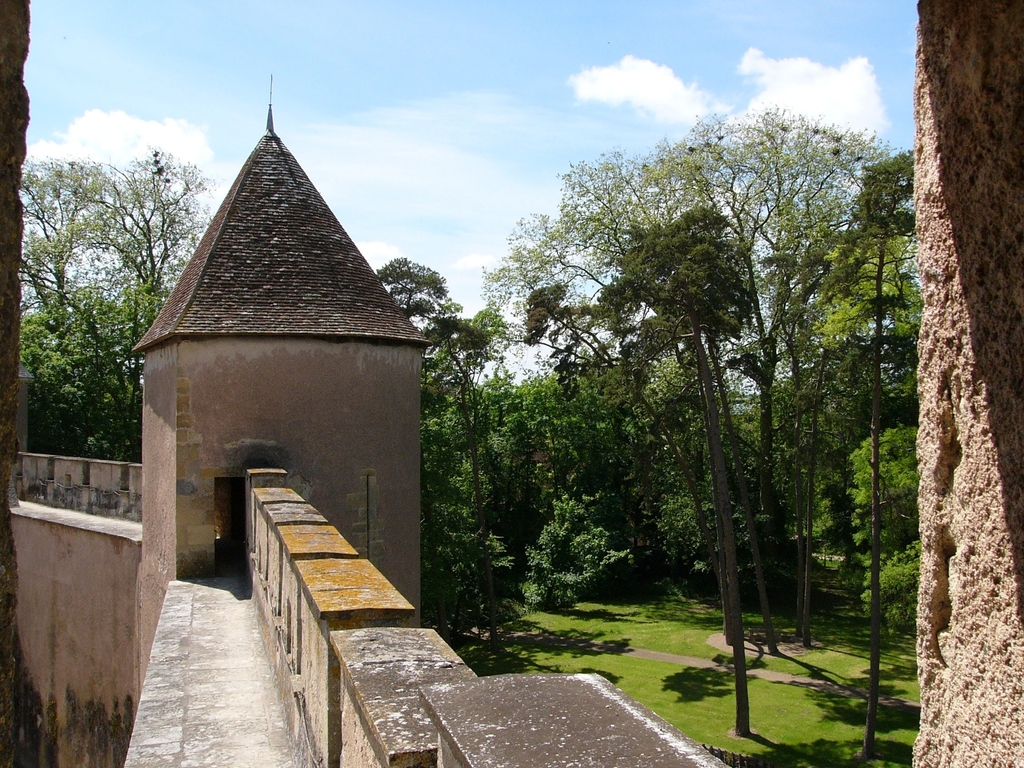 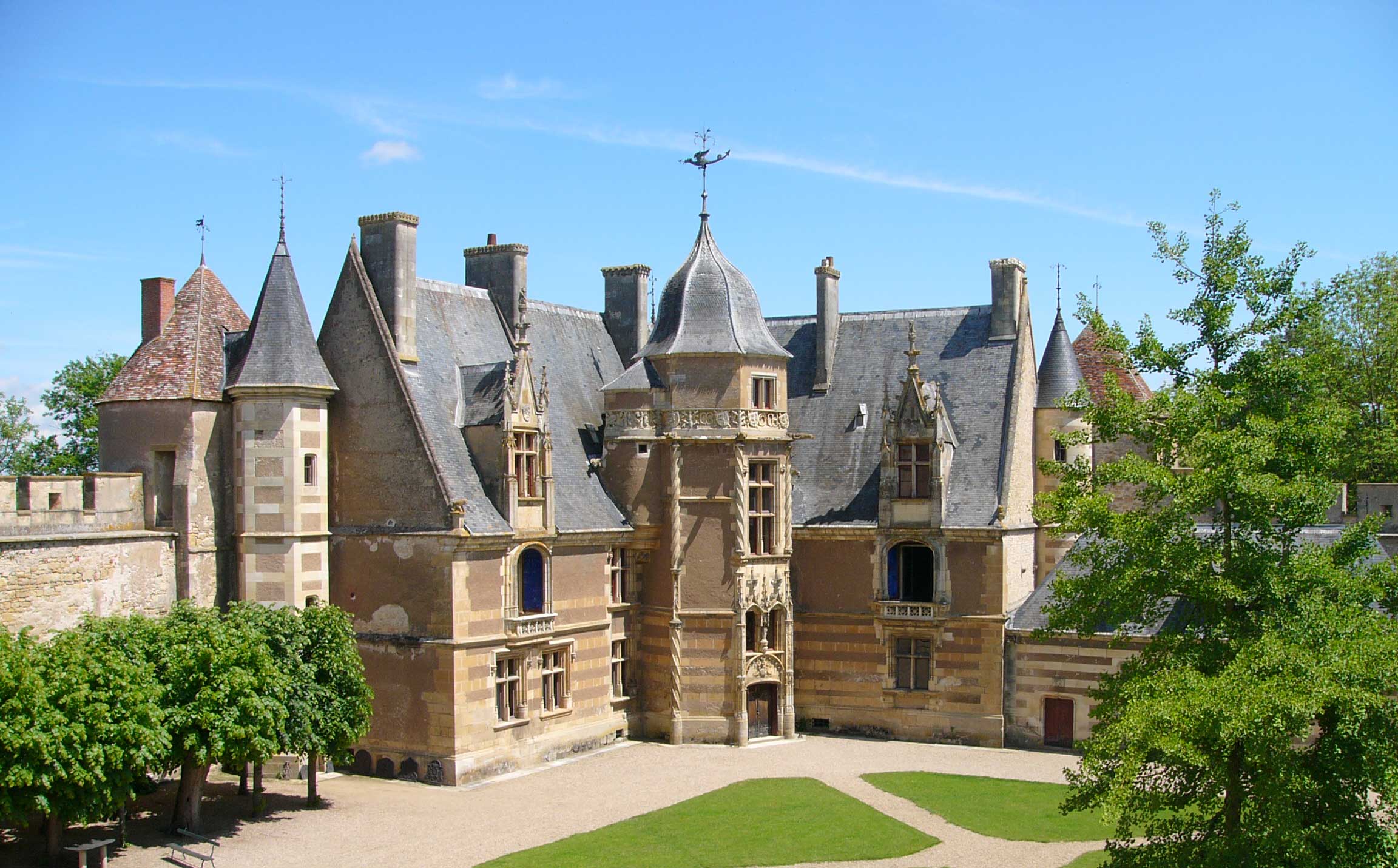 The Renaissance dwelling was completed before 1515. Set against the enclosure wall, it is built at right angles in the only right angle of this enclosure. Its facade on the courtyard has two wings arranged on either side of the octagonal plan tower of honour which houses the staircase. The Italian influence can be seen in the imperial domed roof, which supports the dragon, and the two loggias on the façades, which were new for the time, as well as the abundant sculpted decoration.

The door of the grand staircase is surmounted by a pediment of great symbolic richness. The
tympanum bears the Bigny coat of arms: the shield with a lion surrounded by chevesnes (for Chevenon) surmounted by a helmet with a dog, symbol of fidelitý. The bearers are two
mermaids, the motto, "Courage ennobles and exalts men". Above are the arms of France borne by the angel, and surmounted by the image of the Virgin carrying the infant Jesus. The feudal hierarchy is thus well established between the vassal and God through the king, a consecrated person.

Inside, the large living room is remarkable for its fireplace decorated in honour ofAnne of Brittany and Louis XIIone of the most beautiful in the Loire Valley; the chapel is exceptional for its architectural elements - sculpted coffered ceiling -, wall paintings by Jean Boucher and his workshop, and stained glass windows by Lécuyera master glassmaker who worked in Bourges cathedral.

The visit is punctuated by historical and family memories and anecdotes anecdotes passed down from generation to generation. 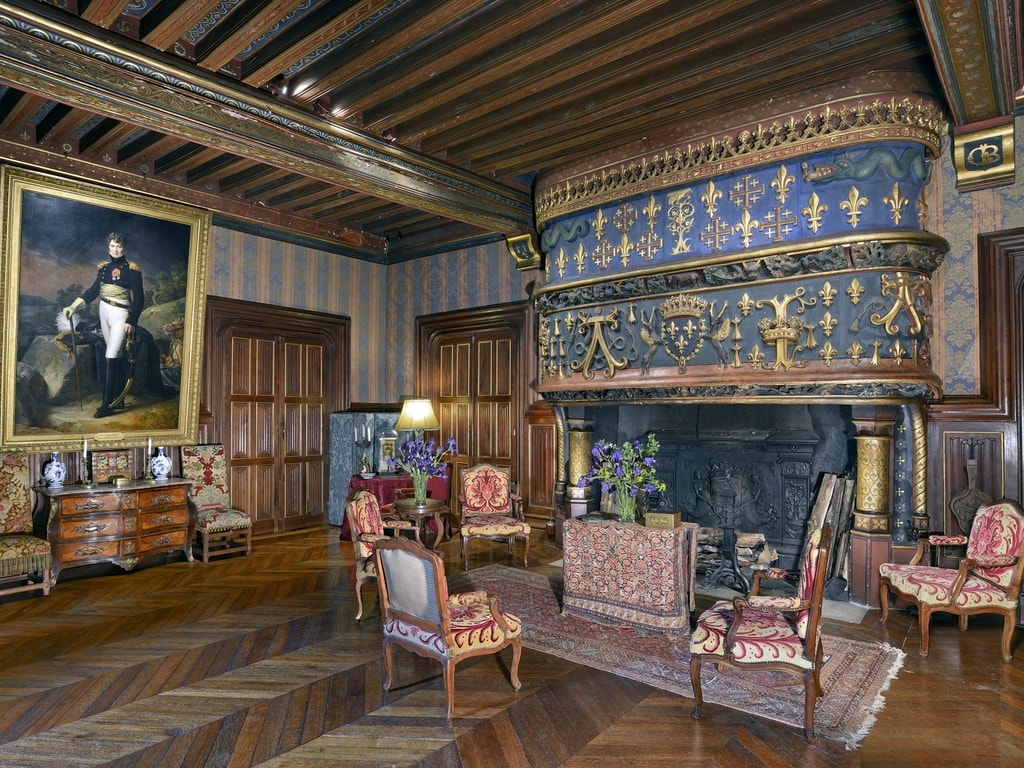 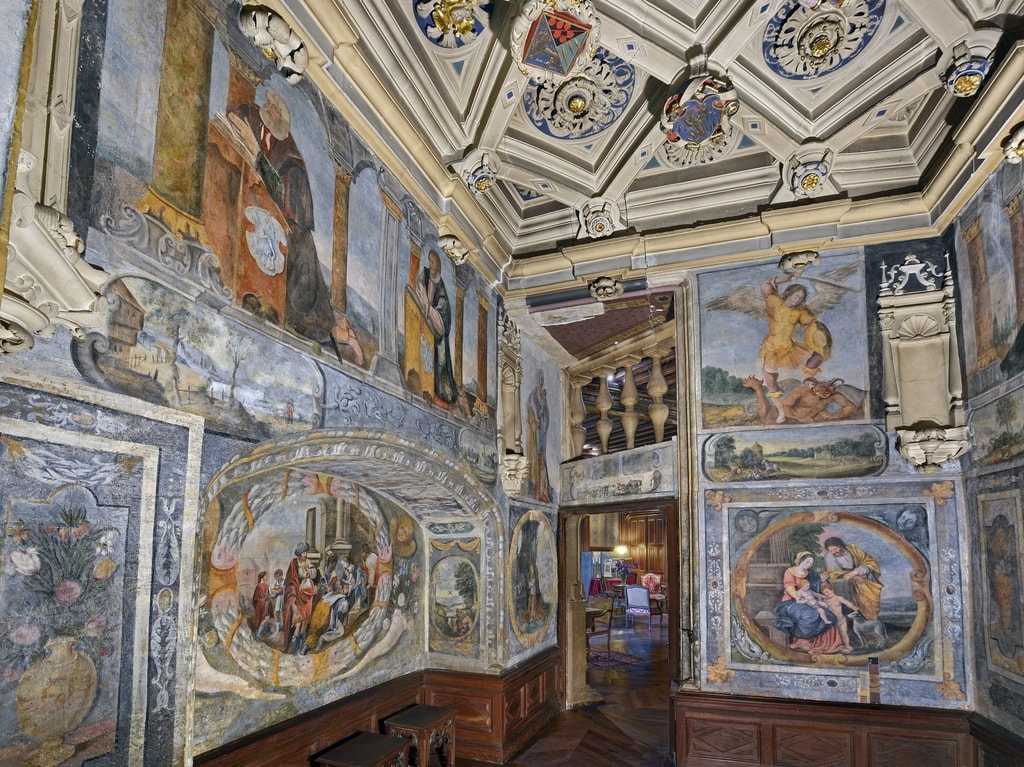 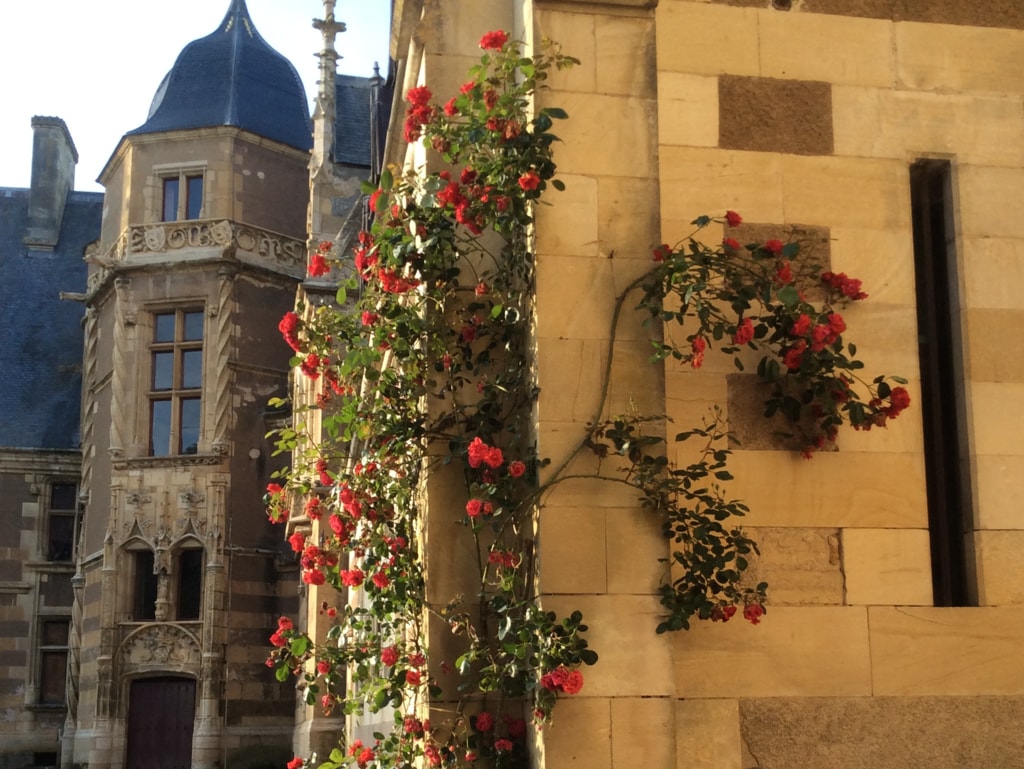 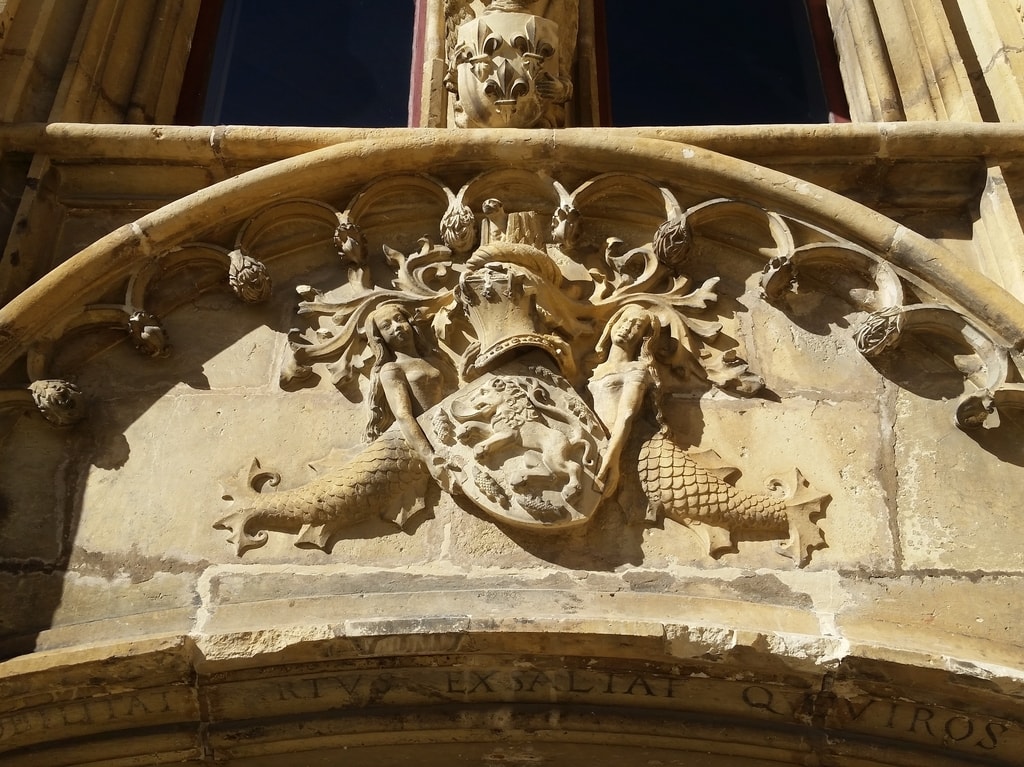 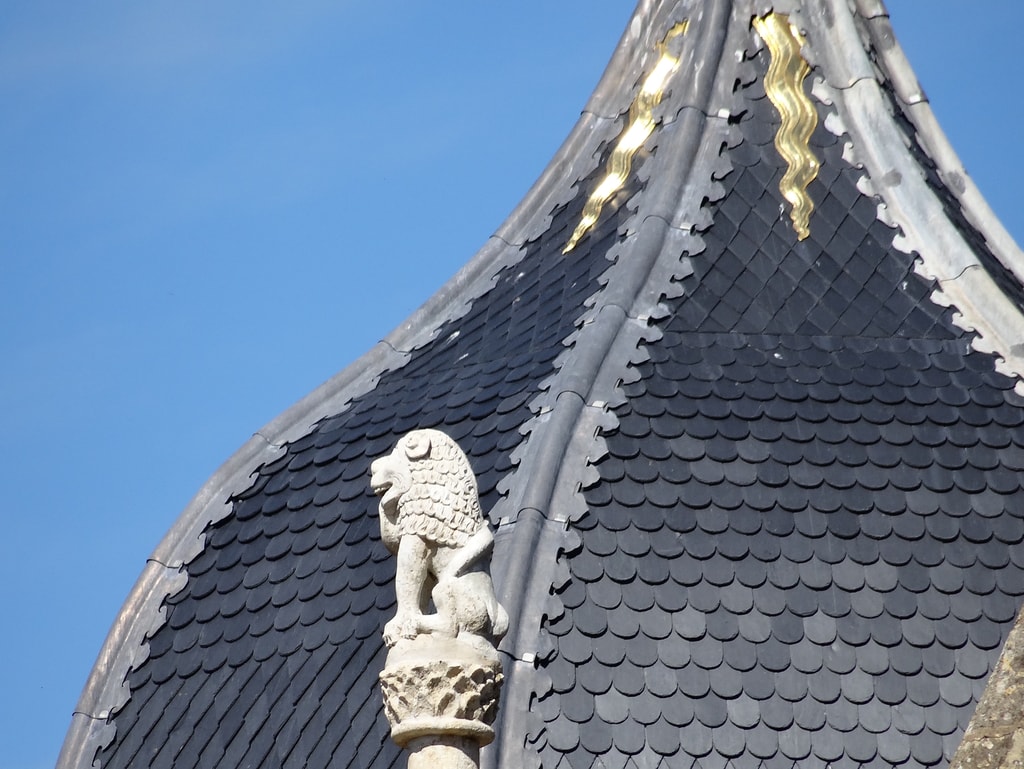 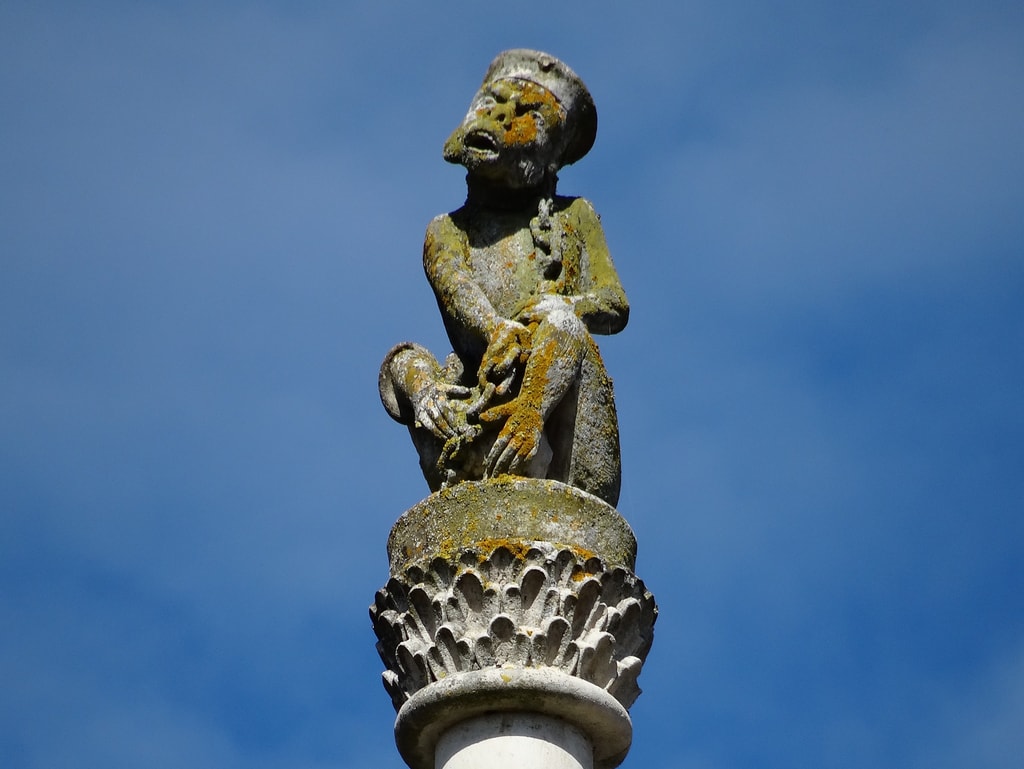 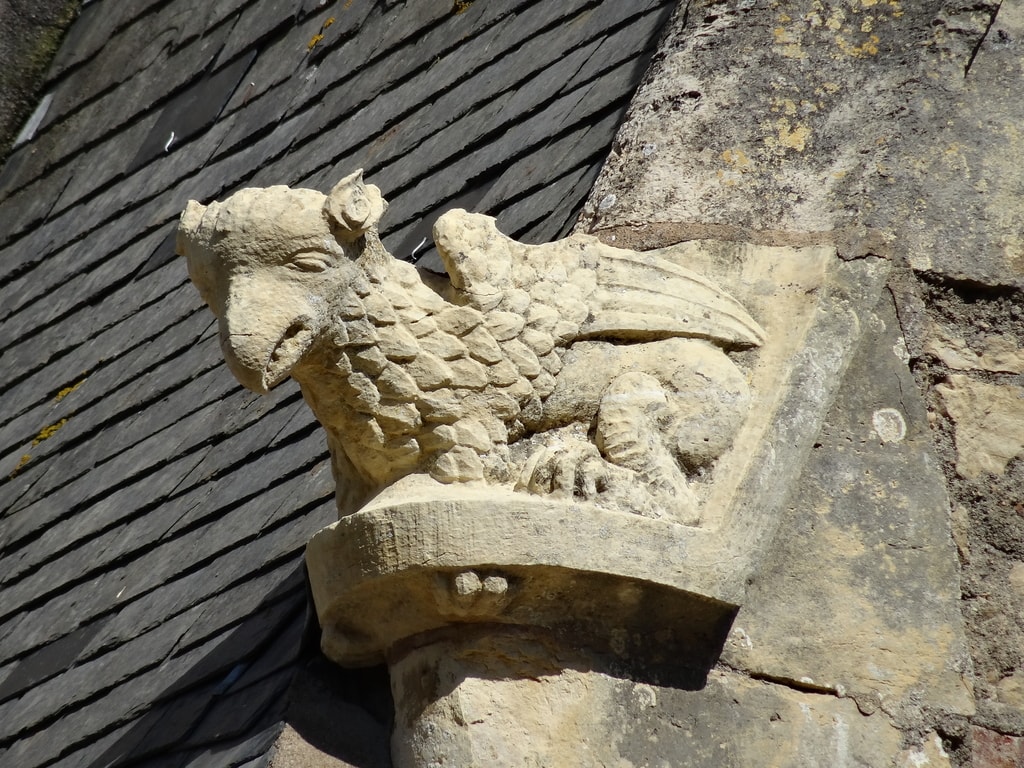 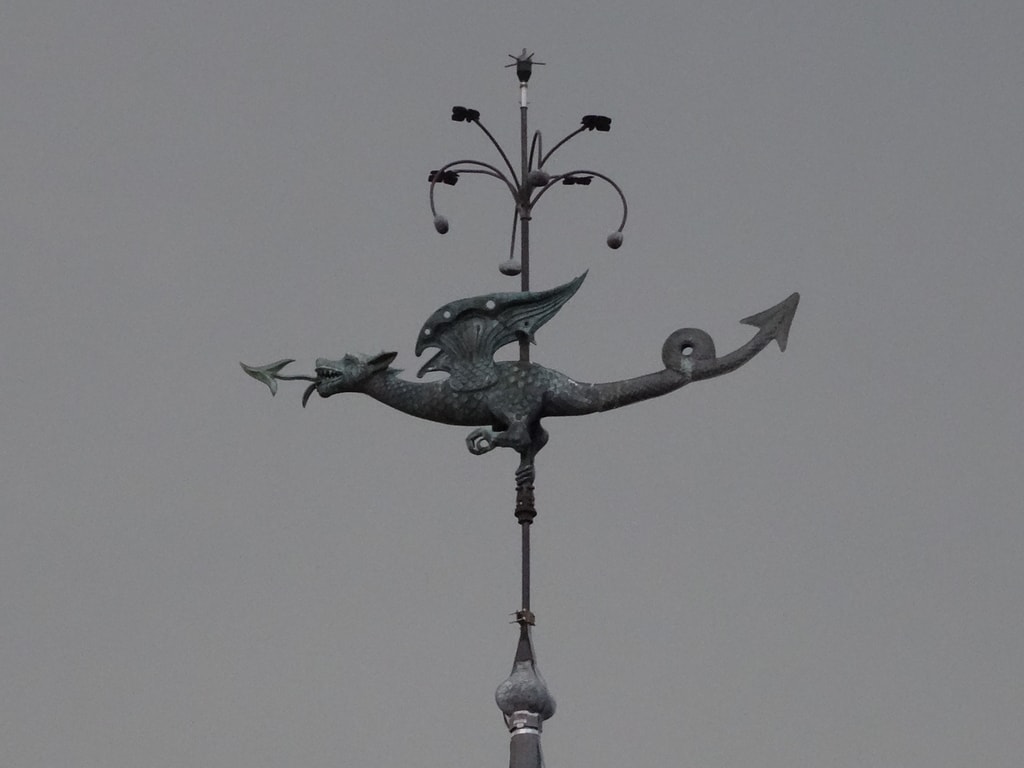