A château fortified with towers, moats, guard house and parapet… all straight from the Middle Ages, houses a gracious residence,that melds Renaissance and flamboyant Gothic styles, built in the late 15th century by the Lord of Bigny.

The family has lived here since 1467. We see reminders of Colbert, Marie-Antoinette and Napoleon, and beautiful, majestic salons.

On the landscaped grounds with its century-old trees surrounding the medieval château, the Renaissance water gardens take us on a veritable tour of the art of gardening: the rose garden of heirloom roses in front of the two Pavilions, the Carré en l'île with its manicured hedging and the Chartreuses with its different themed gardens:
mixed-border, sculpted orchard, meditation garden, herb garden and parterres of broderies.

This unique location is known for theomnipresence of water. Used for defense, as when surrounding the Château, it is for enjoyment when it flows around the gardens to form the Grand Carré de l'île, due to a sensiblecanal system. It is useful when, through a series of weirs and spillways, it powers the mill and the wash-house. 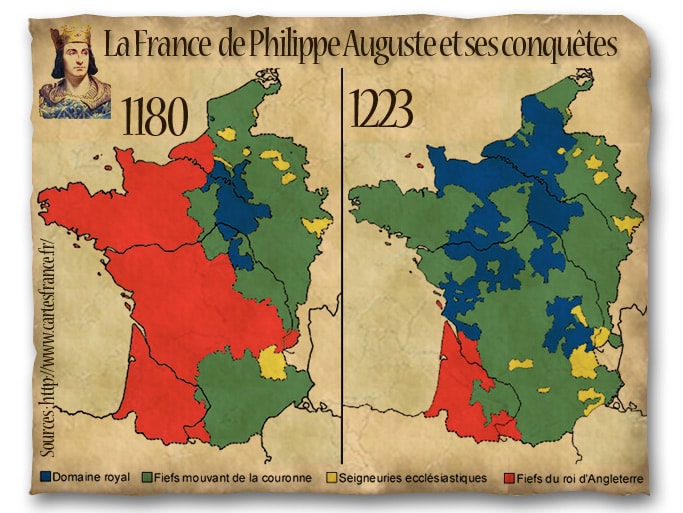 Learn about the family history through the centuries for 18 generations! 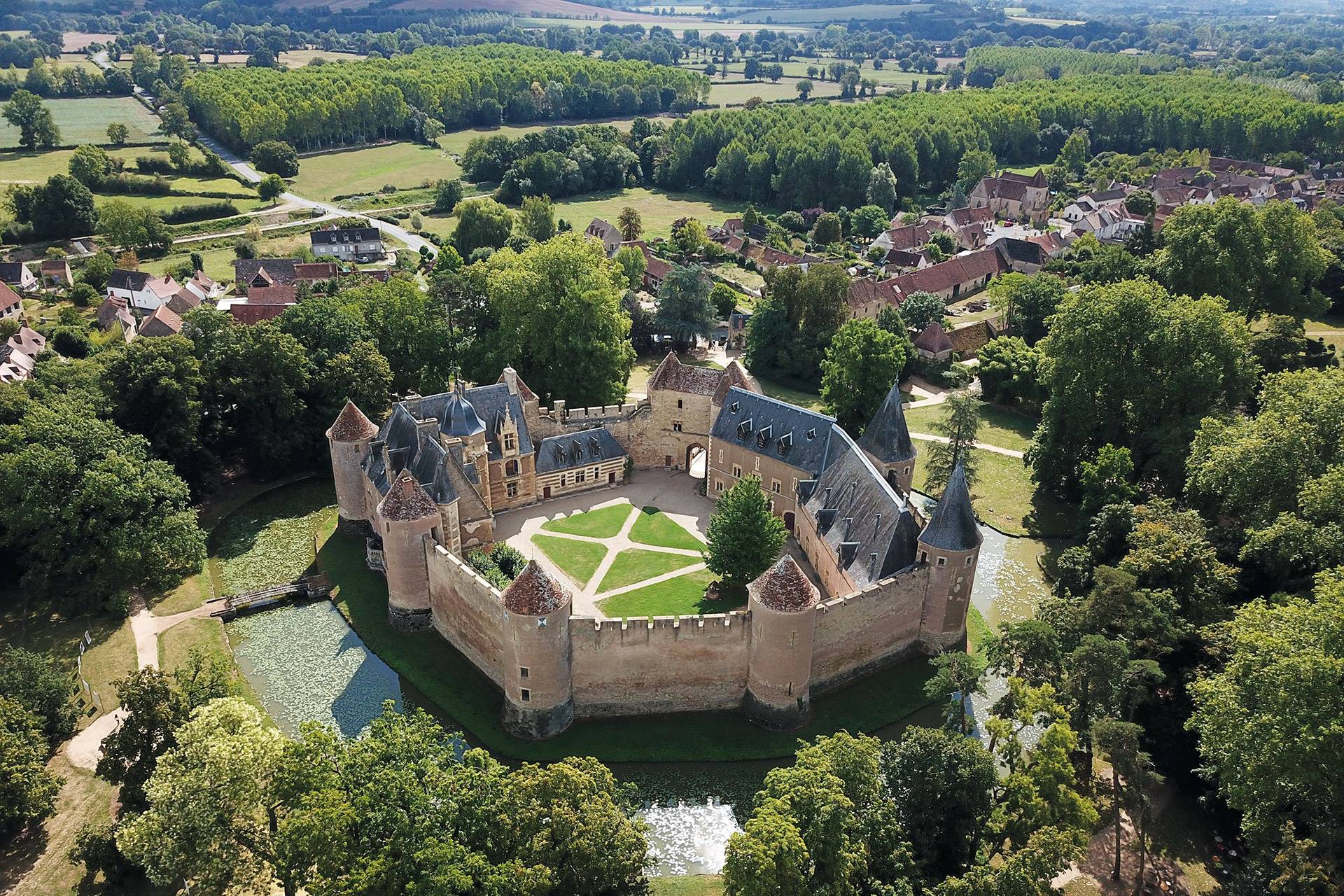 Learn about the history of the Château since its construction!

Learn about the Park and Gardens of the Château, its rose garden, its chartreuse trees, ... 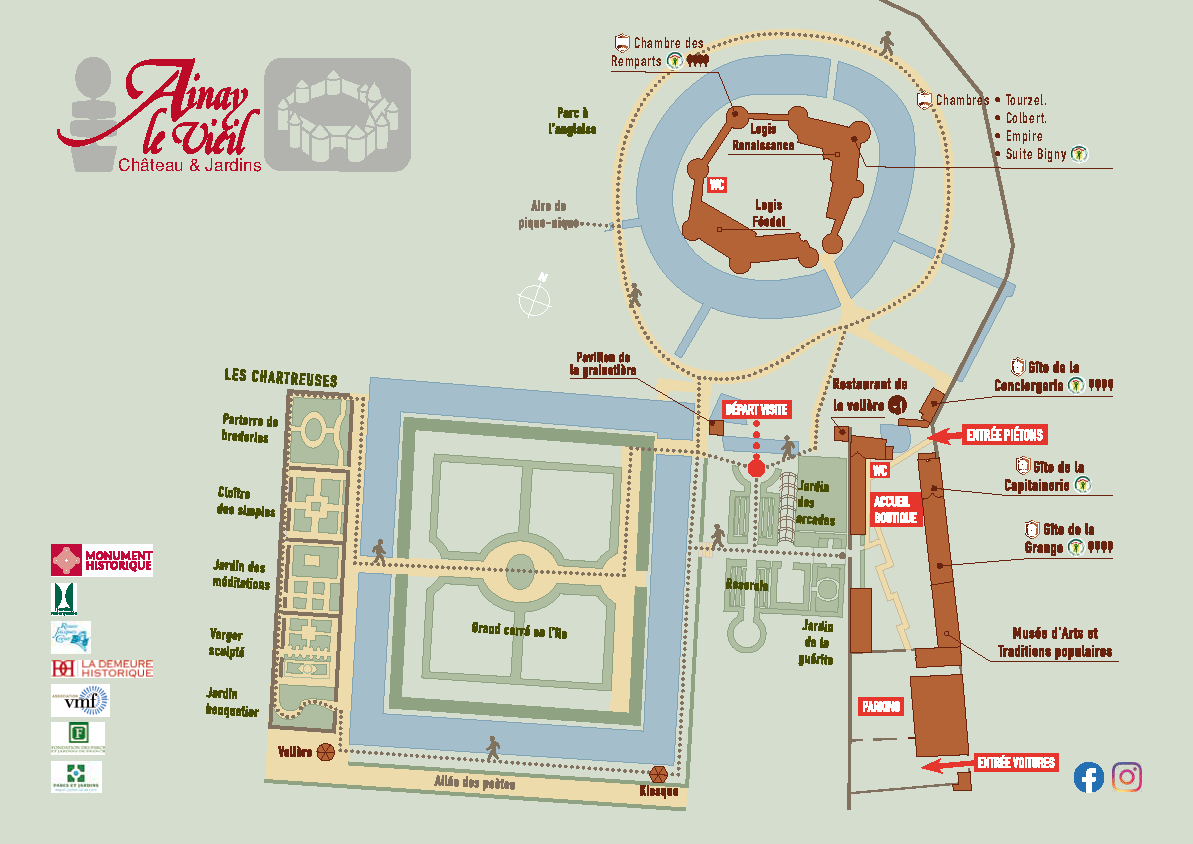 Find here the essential information to prepare your visit